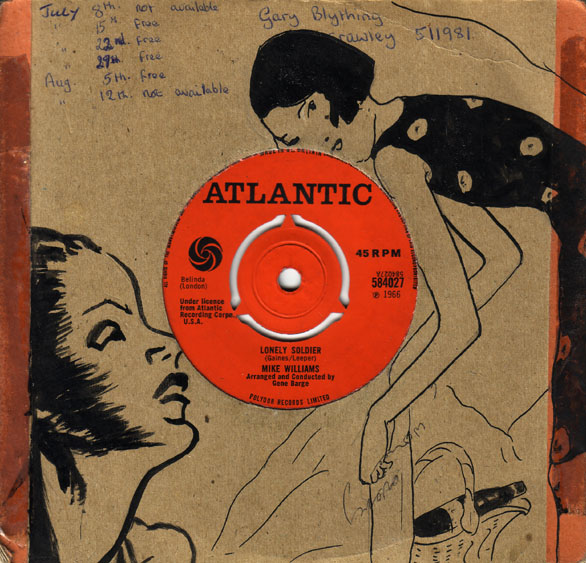 Before the advent of troop transportation, by land and air, soldiers marched off too, and from, war, while marching they often sang songs to keep their sprits up and to take their minds off of the horrendous and often insane predicament their legislators and rulers had placed them in. Communal singing was commonplace before the advent of recorded music so that this type of activity would not only come naturally but would be welcome as it would remind them of sane and happier times. The genre of war songs come in many categories: Patriotic songs; recruiting songs; anti war / pacifist songs; marches; the lonely homesick soldier; troops departing for the fighting, humorous songs, and etc,. most of these categories would all have had a steady, marching tempo. War songs on record from the First World War by and large have this marching tempo and could be memorised and used by the troops; by WW2 songs other than those with a marching tempo, had become popular, still sung but not necessarily while marching. Songs like: Vera Lynn's White Cliffs Of Dover, UK; Glen Miller's In The Mood, and Marlene Dietrich Lili Marleen, Germany, were immensely popular with both the troops and the folks back home. Lonely Soldier which obviously belongs to the lonely homesick soldier category, is one of many Viet Nam related war songs - a war that gave rise to a great deal of anti war or pacifist songs, probably the most famous of which was Edwin Starr's WAR and Country Joe and the Fish's What Are We Fighting For. Lonely Soldier was Mike Williams' second of two releases on Atlantic in the US, after which he had one release on King; and his only British release.

RETURN TO THE GUYS WITH SOUL PAGE TWO