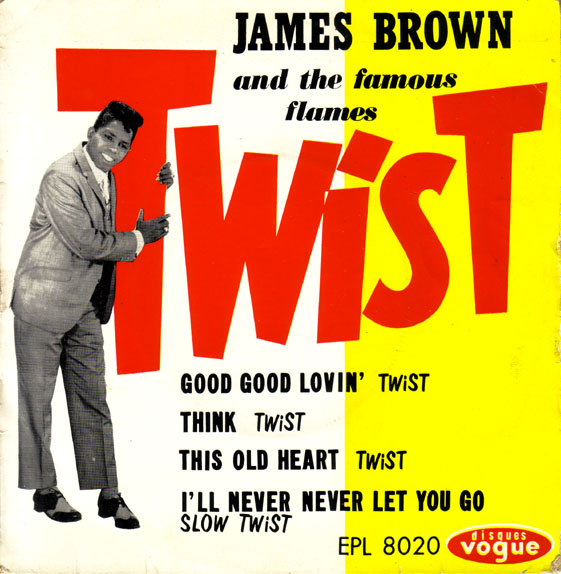 James Browns slightly faster and more gritty cover of fellow King Records stable-mates: The 5 Royals original from 1957. James Brown was to revisit the song many times in his career most notably on his Live At The Apollo album in 1962 and as a duet with Vicki Anderson in 1967. Think was originally released on Federal 12370 in the USA and is displayed here on this French EP marketed around the 'twist' dance craze that was rampant across the Western world at the time.