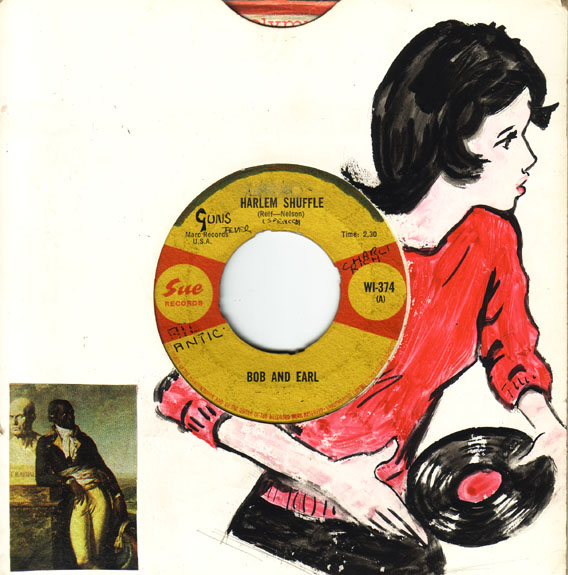 Bobby Day a. k. a. Bobby Byrd, and Earl Lee Nelson a. k. a. Jackie Lee first started performing as a duo around the late 1950s It was after Day had departed and Nelson was singing with Bobby Relf, still as Bob & Earl, that Harlem Shuffle, produced by Barry White, was cut for the small independent Marc label in Hollywood, # 104 - incidentally the Marc label also had a group called The Specials! recording for them at the time. Harlem Shuffle was a bigger hit in the UK than in the US being a favourite in the small discothèques, like the Scene and Flamingo in London, and spent thirteen weeks on the British charts after its second release on Island in 1969.

RETURN TO THE SOUL GROUPS PAGE 2