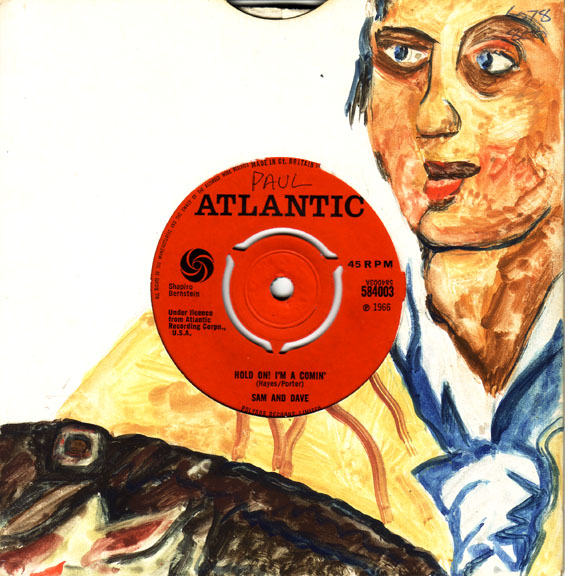 Hold On I'm A Comin' is one of those tracks that carries a lot of history and folk lore; like the story that has arisen around its conception, when Isaac Hays is reported to have said to fellow song writer David Porter "Hold on man, I'm comin`" when being urged to hurry along in the toilet and get back to work. While it is never said just why he was taking his time in there, it is reported that from that one exchange the song was nailed in the next ten minutes.  Released in the USA March, 1966 on Stax 189 the original title was  Hold On, I'm Comin'  (which despite the name change it is still known as, especially in the UK where it was never even released with the original title!) but due to objections from radio stations over the suggestive nature of the title, Stax records quickly withdrew, re-recorded, re-titled and re-released the 'sanitized' version. The song was also the first time, at the request of Hays and Porter, Sam and Dave switched lead and response roles, with Sam Moore taking lead, with Dave Prater supplying the response. The record had a run of twenty weeks on the R&B charts peaking at # 1, and, though not recognized for some time, soon sold well over the mythical 'one million'. Below is an example of a rare miss-pressed Atlantic issue of the record with the label for Otis Reading's My Lovers Prayer # 584019.