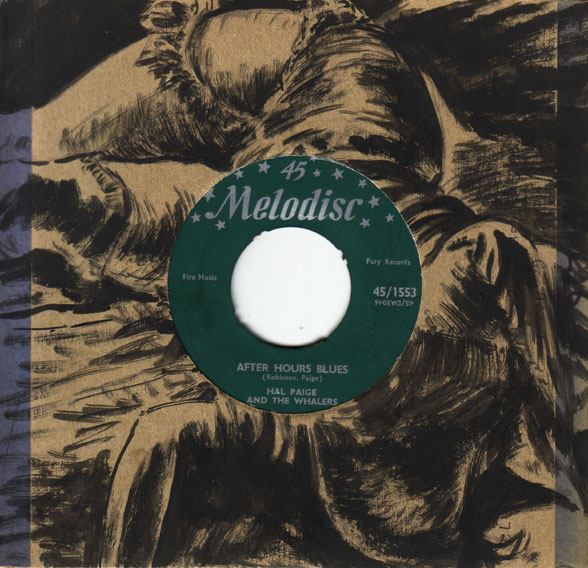 This Bluesy R&B cut was Hal Paige's second, and last, release on Bobby Robinson's Fury label USA; it marks the end of an era that started in the mid 1940s with records like Amos Milburn's Amos' Blues. From the late 1950s the Rhythm in Rhythm and Blues was to become the Soul sound, while the Blues of Rhythm and Blues was to carry on as just blues even when it was performed up tempo. After Hours Blues represents the Blues side of thins and the direction that music was travelling in. Apart from Fury Hal Paige also had records out on Atlantic, Checker, J&S and Paradise.