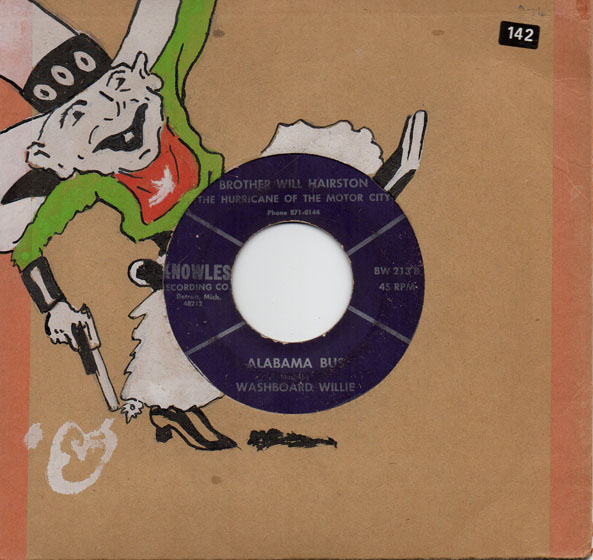 This fiery Blues/Gospel number was originally recorded for the Detroit J-V-B (Joe Von Battle) label and released on JVB 44, as part 1 and 2, in 1956 and reissued as the B side on the above Knowles label (another Detroit imprint) coupled with Rev. King Had A Hard Time in 1968. Backed by piano (unknown) and Washboard Willie, playing a washboard, preacher and factory worker Brother Will Hairston, also known as The Hurricane of the Motor City, raps about the infamous Alabama Bus scandal, when ANC activist Rosa Parks refused to give up her set in a whites only area of a segregated bus, and contains the first mention of Dr. Martin Luther King . The incident and Parks' subsequent arrest led to the boycotting of all segregated busses in the area, and brought the name of Dr. Martin Luther King to national and international prominence.

For more on Brother Will Hairston.

RETURN TO THE GUYS WITH R&B PAGE