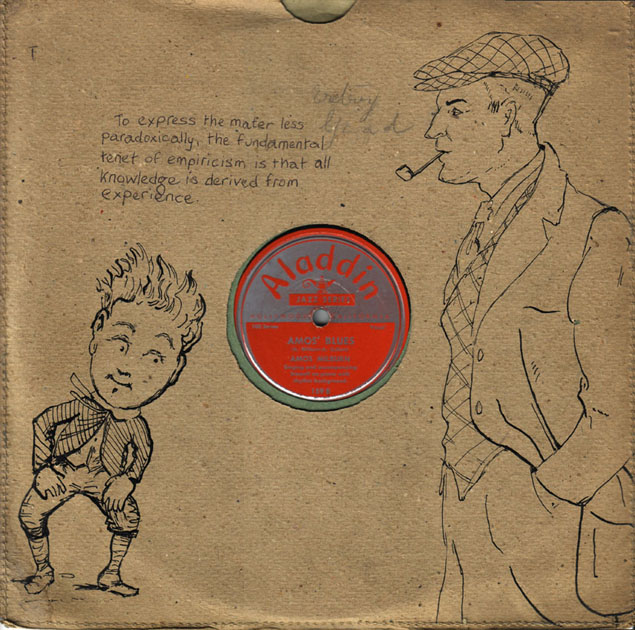 The B side of After Midnight Amos Milburn's first record; released on the 'Jazz Series' of the fledgling Aladdin label. Although Amos Milburn named this a Blues it is not a Blues as is generally understood, today it is more likely to be called a Rhythm and Blues, more accurately a proto R&B record, but when this record was cut no such term existed. The song is on a Boogie Woogie rhythm which at the time was already becoming history, but what the young confident Amos Milburn was bringing to this tired and overplayed sound  was something different, not easily defined, but it has in it him, his life, containing the elements of what would a few years later become the sound of young black America known as Rhythm & Blues. What this magnificent recording was and has become is a pivotal point in American Popular music, a link between the pre WW2 pioneering Jazz and Blues period and the modern stand up, optimistic and assertive sound of the second half of the 20th century.