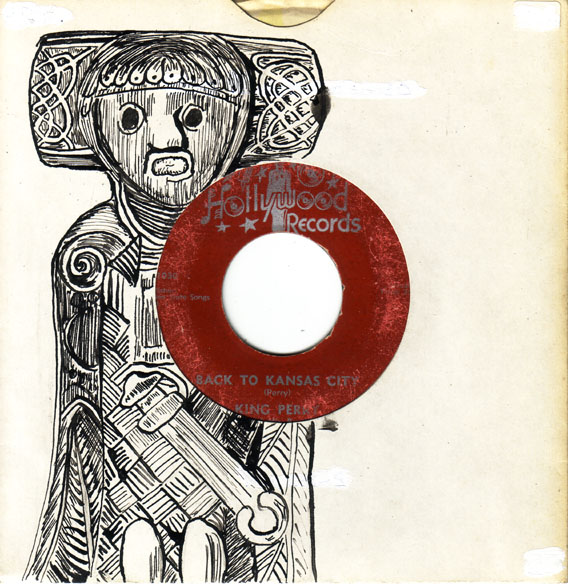 It seems that Oliver King Perry (born 1920, Gary, Indiana) had two records out on Hollywood Records, this was the first his other was Get Out Of My Face (which was also released on the Look label). It's possible to construct a travelogue for King Perry through his labels and titles, first showing up in the late 1940s on the Braun brothers De-Luxe label in Linden New Jersey with Going To California Blues, then that's exactly where we find him in circa 1952 recording Blues At Christmas for the tiny Unique label of South Central Avenue Los Angels. Blues At Christmas suggests that he's not entirely at ease out on there in LA, which is probably why he next shows up on Don Pierce's Hollywood Records singing Back To Kansas City. All very interesting but in fact the reality of his life is somewhat different.