If you want to play this record click on the image. 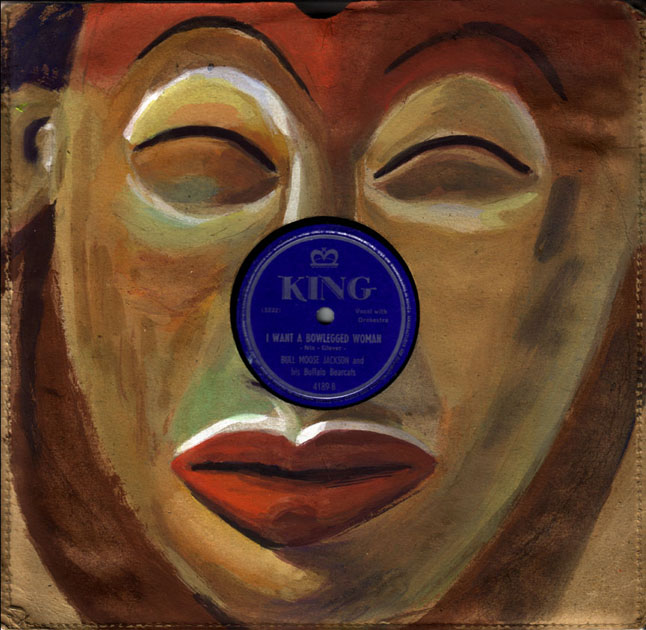 This one goes way back to the early days of Sidney Nathan's King label Cincinnati, it was issued as the B side and was originally only ever available on a 78 RPM disc. It was the 14th issue on the label, the first being the King label stalwart, Earl Bostic and his My Special Dream issue No. 4176. What seems like an odd number to start issuing records on was in fact the numerical continuation of Nathan's previous label: Queen.

Bullmoose Jackson, (what a name, I'll bet he was a larger-than-life character) died in 1989, his ordinary name was Benjamin Clarence Jackson. He started his musical career with singing and violin lessons at the age of four, he then learned to play saxophone (seems right somehow Bull Moose on sax, rather than Bull Moose on violin) he played tenor and alto in the Harlem Hotshots in the 1930s.