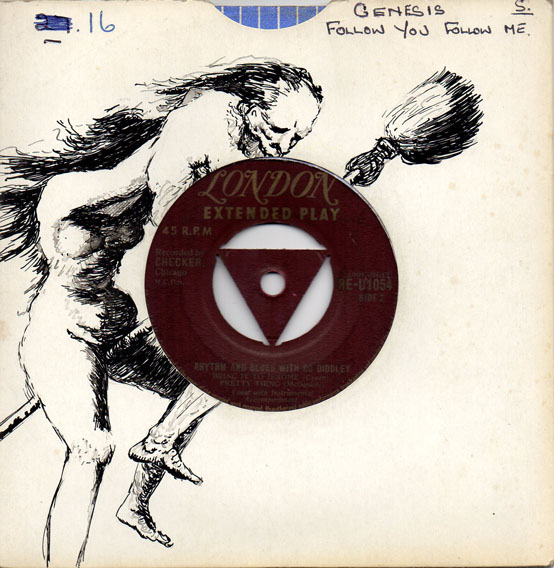 The same time that Little Richard was singing Long Tall Sally and Chuck Berry was 'duck walking' to Roll Over Beethoven, Bo Diddley was making a very different sound, a dark and elementary sound, heard here at its rudimentary best on Bring It To Jerome.

Recorded at Chess studios Chicago 12th August 1955, with Lester Davenport, harmonica; Willie Dixon, bass; Clifton Jones, drums and Jerome Green, maracas, and originally issued on Checker 827, in November that year as the B side to Pretty Thing, Bo's third release for the label, Bring It To Jerome is another outstanding cut that was/is instantly recognisable from this original talent.

Released in the Great Britain in 1956 on this London label EP titled Rhythm And Blues With Bo Diddley along with Pretty Thing, Bo Diddley and I'm A Man, this was the only issue Bring It To Jerome was available at 45 rpm in the UK.