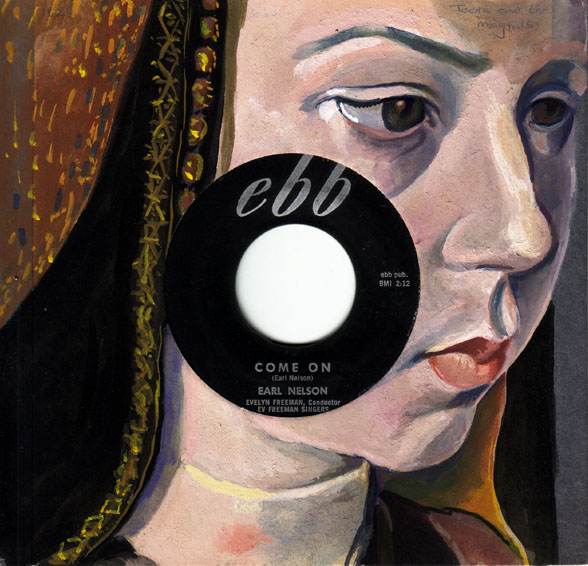 The last release on  Lee Rupe's (Art Rupe's ex wife) highly rated Ebb label, sung by the recently departed Earl Nelson, and an un credited backing choir of girls. Born Earl Lee Nelson on the 8th September 1928, he found fame as a member of the Hollywood Flames and the Earl half of the magnificent Bob And Earl duo, and a successful career as a solo artist under the name Jackie Lee for the Mirwood label in the 1960s. The song was written by Nelson and is a fairly typical late Rock & Roll cut, which doesn't have the energy of those earlier discs, but is redeemed by his quality voice and a sensible arrangement.

N.B. It is not the same song as the Johnny Adams recording that same year.