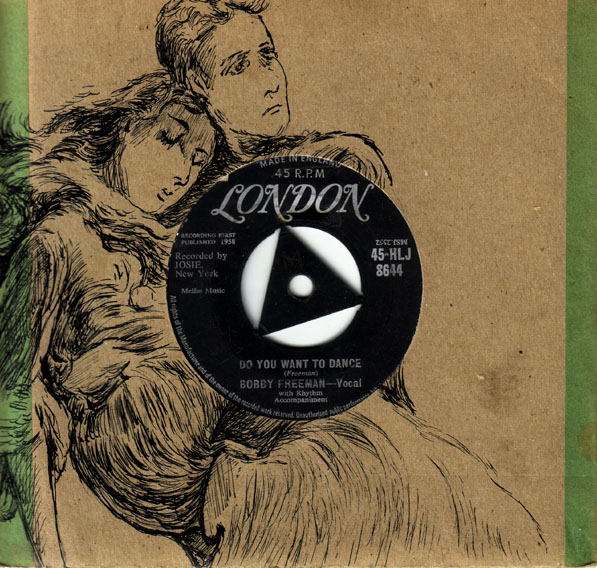 Bobby Freeman first recorded with The Romancers who hit with the excellent ballad I Still Remember on the Dootone label in 1956 when he was just sixteen years old. He cut three records with the group before going solo and the dynamic Do You Want To Dance was his debut, Josie 835 in the US, an instant hit it reached #2 on the R&B charts and #3 Pop. Written by Freeman Do You Want To Dance sits in the intermediate period at the end of the decade and the beginning of the next when the pure R&B period had run it's course and had become mixed with Rock and Roll and Pop, as had Doo Wop and the crooning ballad. It seems to me that there is an unmistakable new sound embedded in this cut that's not exactly Soul but definitely not Rock and Roll, Pop or even R&B, but a new sound hip and original that is celebrating life. Bobby Freeman was to have eleven more records released on Josie between 1958 and 1962 with one record released on King in 1960.