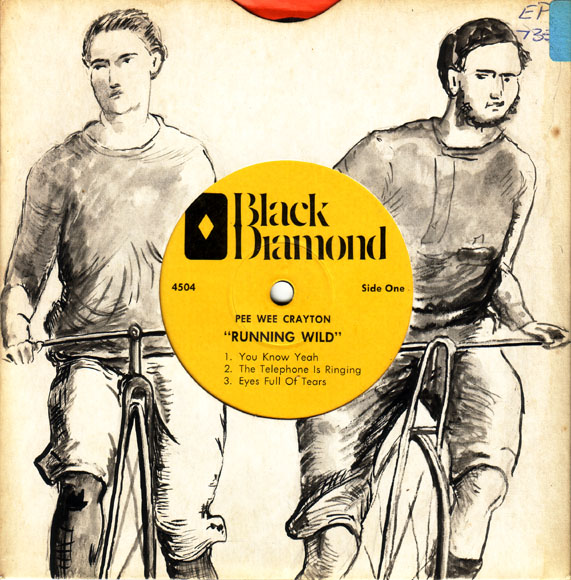 Texas born Pee Wee Crayton, a.k.a. Connie C. Crayton, moved to Los Angels in 1935 finally settling in the Bay Area when he first recorded for the Bihari brothers Modern label in 1948. He was an outstanding and original guitar player and vocalist scoring hits at Modern with both vocals and instrumentals. He signed with Imperial in 1954 where, while working with the magnificent Dave Bartholomew in New Orleans, he cut some of his finest recordings, like Every Dog Has It's Day and the above, Eyes Full Of Tears which was originally released on Imperial 5345 backed with Running Wild. Almost certainly his first 45 RPM release in the UK  this Black Diamond EP, issued some time in the 1960s (presumably with a propa cover), contains four sides of his Imperial  releases and two from Vee Jay, including on side two: I Got News For You, Running Wild and A Frosty Night (Vee Jay).