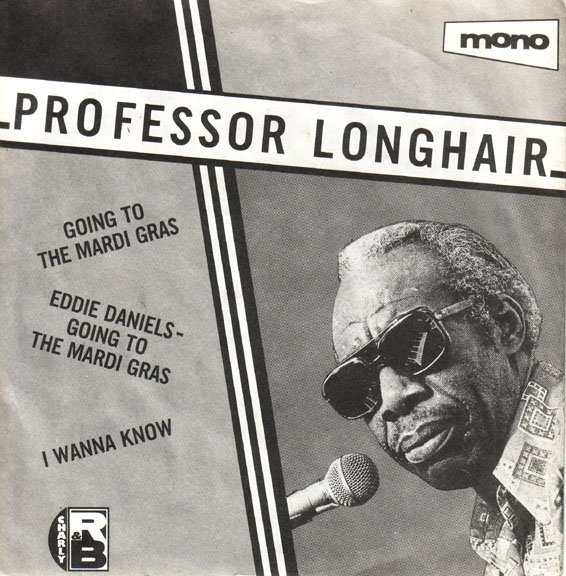 He was born Henry Roeland Byrd, as a boy when dancing on the streets of New Orleans he called himself Whirlwind, later when as a young man he was trying to make it in the music business, he tried (unsuccessfully) the sobriquet Little Lovin' Henry, it was while working with the band The Midriffs he became known as the piano professor, then that band was renamed as Professor Longhair and his Four Hairs Combo, after which he was always known as Professor Longhair or Fess to his friends and associates. His early recordings in the late 1940s and early 50s had a profound effect on the likes of Fats Domino, Little Richard, and even Elvis Presley to name a few. With all his names and some of the most influential music from the second half of the 20th century you'd think he would be more well known but like countless other poets in history he never got his share of the cake. The above record is the last in the Charly 'Triple Dynamite' series (three track picture cover EPs) issued in the 1980s, Going To The Mardi Gras, was Fess' signature tune which he recorded (in a slightly different form) on his debut release in 1949 as East St. Louis Rag, and subsequently at other times in his career, the above version was first released on Ron 329.