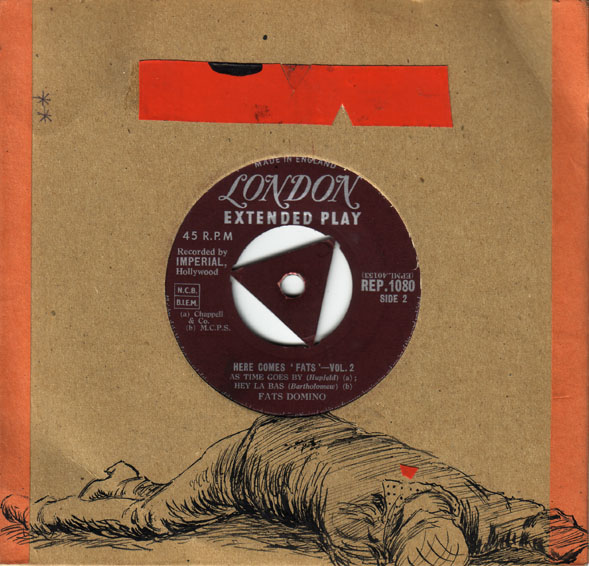 It was on Fats Domino's EPs and albums that British record buyers were able to hear for the first time his earliest recordings, as on the above EP titled Hear Comes Fat's, volume 2. The record, seen here without its original picture cover, combines three tracks unissued in the US or UK on 45s with Hey La Bas Boogie which was the B side of his fourth release for Imperial #5085. The song is hard driving rocker that's more of an instrumental than a vocal, but has Fat's voicing the title and another verse in Cajun French, with a chorus repeating the refrain, and Fat's Domino playing a mean pounding piano with a blasting saxophone break coming in early on the cut.