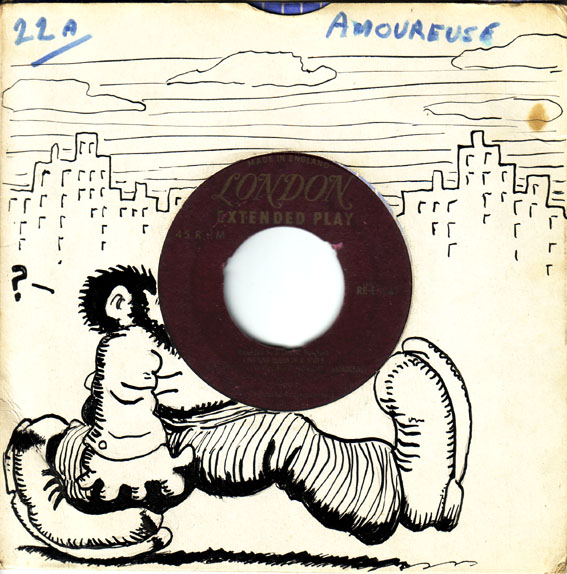 Issued as The King And Queen Of R&B this London label extended play coupled two of the Atlantic labels top selling artists with a side apiece. The two Ruth Brown tracks featured are Oh What A Dream and I Can See Everybody's Baby (Atlantic 1059) from 1953 and 1954 respectively. The other Joe Turner track on the EP is Midnight Cannonball both cuts were released on Atlantic 1069 in the US, they are hard driving R&B Jivers and equally as good as each other, I have chosen Hide And Seek on this record as I will be putting 'Cannonball' up at a later date on its own.