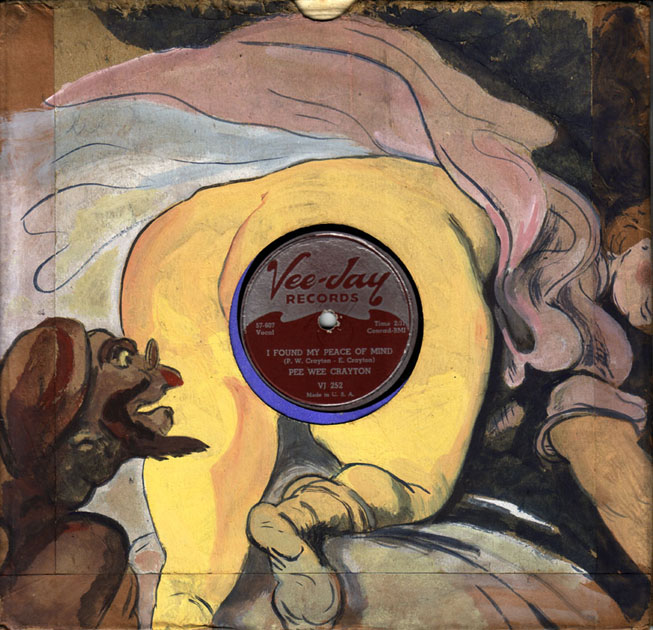 After leaving Imperial records of California Pee Wee Crayton signed to Vee Jay in Chicago, the heavenly mid-tempo ballad I Found Peace Of Mind was his second of only three releases for the label. Although I have no reason to doubt him, especially as he sings in such a laid-back and serene way, I don't know weather Pee Wee Crayton really found peace of mind or he is just singing about it, but the fact remains that peace of mind is, to me, a goal worth achieving. There are many ways to realize, and many names for, peace of mind, certainly as many names and ways as there are religions;  for instance, it goes by the name of Nirvana in Buddhism. Early Buddhists claimed a nondual world view in which subject, object, and action are all seen as illusory. Buddhists believe that life is suffering. The suffering is caused by attachment to objects material or non-material. The meaning of life is to end suffering through detaching oneself from cravings and conceptual attachments. Suffering can be overcome through human activity, simply by removing the cause of suffering. Attaining and perfecting dispassion is a process of many levels that ultimately results in the state of Nirvana. Nirvana means freedom from all worries, troubles, complexes, Fabrications, and ideas. Of the many secular ways to peace of mind one, or certainly a good starting place, that suggests itself to me is self knowledge.