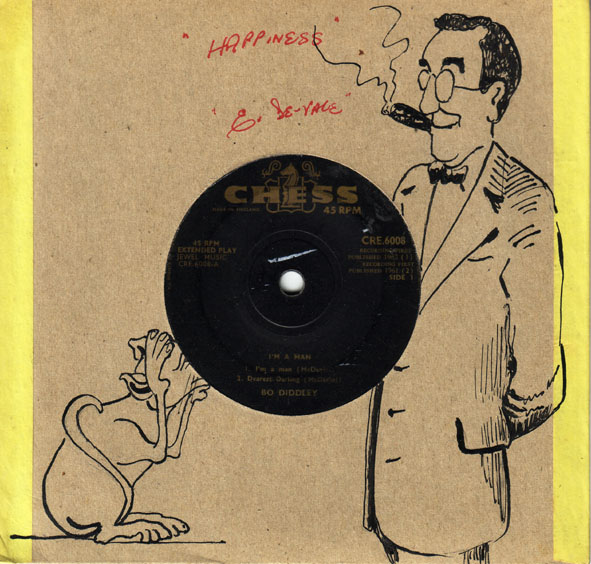 I'm A Man was Bo Diddley's debut single, released on Checker 814 in March 1955, the record was a double sided hit reaching number two on the R&B charts, and was recorded along with Bo Diddley (released as the A side) Little Girl and You Don't Love Me at the Universal Studios in Chicago on the 2nd of March 1955.

It was first released in the UK in 1956 on the EP Rhythm & Blues With Bo Diddley London 1054, along with Bo Diddley, Bring It To Jerome, and Pretty Thing, (his next British release was not until1959) it has never been released as a single in the UK and the above Chess EP (released in 1965) is it's only other issue at 45 rpm. the song I'm A Man had an instant effect on Muddy Waters when he heard it as a demo at Chess, and inspired him to do his own version.