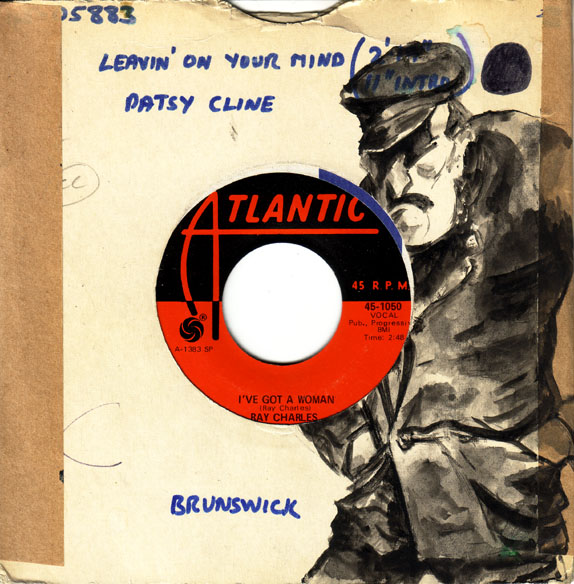 Knowing now what we know about his disposition towards the ladies this, his seventh for Atlantic, was surely autobiographical. Released in the US November 18th 1954 it first came to the attention of the majority of his fans in the UK when it was issued almost ten years later in 1963 on Volume 1 of the magnificent two volume set The Ray Charles Story London HA-K 8023/4. The above is an official Atlantic reissue from the 1960s, it would have originally been on the 'Yellow and Black' imprint, his first on 'Red and Black' would have been I'll Drown In My Own Tears # 1085.