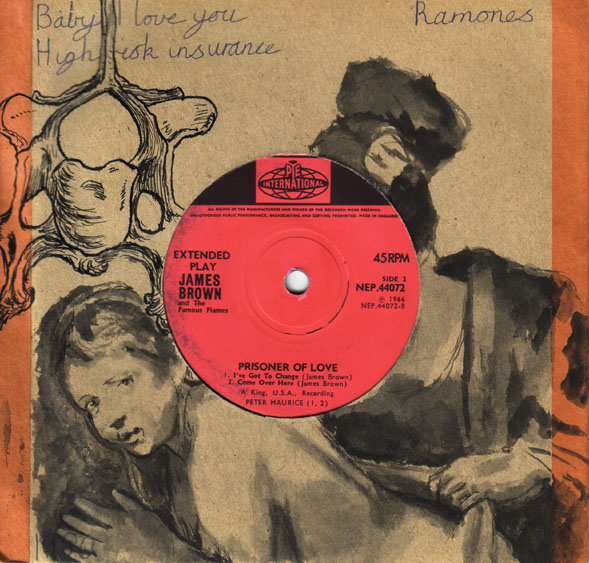 Fortunately for the collector it was often the case, in the UK at least, back in the late 1950s and early 1960s that record companies would include old and deleted tracks on albums and extended play records that would contain the latest recordings from this or that artist. The tracks on these records were generally not presented as 'oldies' - that was to come later - but were just put in and treated as if they were contemporary with the title track and, presumably, hope that the record buyer would not notice the difference. This was because back then modernity was the psychological underpinning of the consumer, everything had to be the latest or, for reasons never explained, it was to be considered worthless. The above EP is no exception as all the tracks pre date the release of the EP which was released in 1966. The title track: Prisoner Of Love was first released in 1963 and was coupled on the A side with Tell Me What Your Gonna Do from 1964, while on the B side I've Got To Change (1959) was coupled with Come Over Here (1966) the only contemporary track. I've Got To Change is a reflexive ballad which was originally released on Federal 12352 and in stereo S-12352 (his first stereo release).