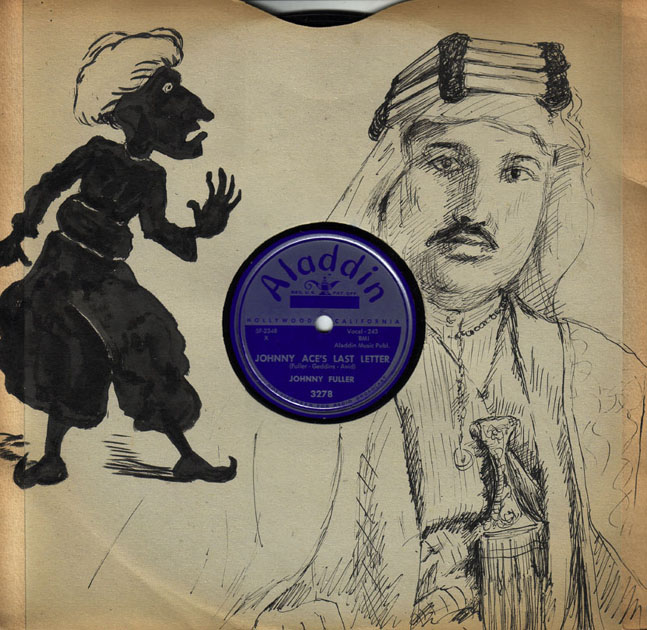 Initially released on Rhythm #1782 and then on Aladdin Johnny Ace's Last Letter along with Varetta Dillard's Johnny Has Gone were the first two tributes to the singer Johnny Ace a little over one month after his tragic death. The above was (Pretty Boy) Johnny Fuller's first issue on the Aladdin label he only had one more release Cruel, Cruel World # 3286, but had records out on Art-Tone, Checker, Crazy, Flair, Hollywood, Imperial, Irma, Money, Rhythm, Sound, Specialty, Veltone and Wax.

RETURN TO THE GUYS WITH R&B PAGE