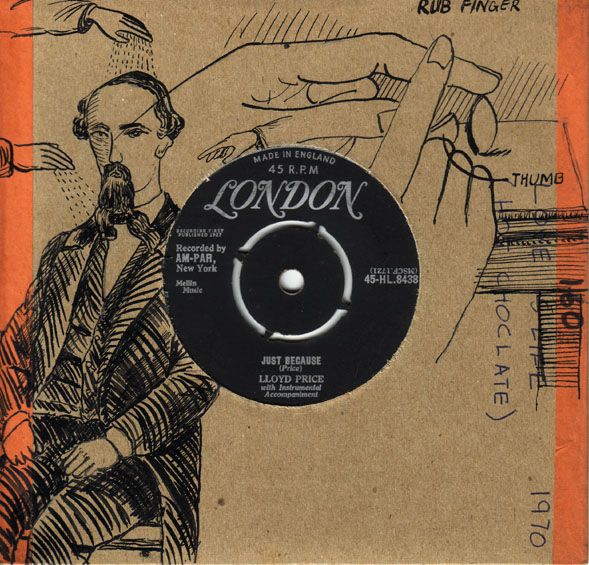 In 1957, after having spent a period as a conscript in the US army, where he entertained the troops fronting a big band, Lloyd Price, along with Harold Logan and Bill Boskent set up the KRC label (Kent Record Label) in Washington DC. Just Because was the labels first release and sold so well that it had to be nationally and internationally distributed by the major ABC Paramount label. It was from ABC that the Decca Record Company picked up the license to release it in the UK - hence the AM-PAR on the label, AM-Par being an imprint of ABC - it was Lloyd Price's first British release and would have originally been pressed up with the earlier 'triangular center'. This later pressing probably dates from 1959 when Price had a massive hit internationally with his version of Stager Lee, and although that was released in the UK by HMV, Decca would have been looking to cash in on his popularity and re pressed Just Because the only track they held by him.