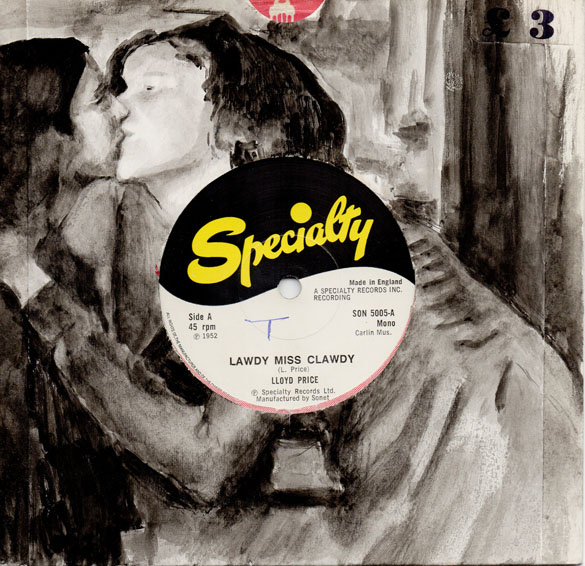 His debut recording, Lawdy Miss Clawdy was written and recorded by Lloyd Price in New Orleans backed by Dave Bartholomew's band including Earl Palmer on drums and Fats Domino on piano, and originally released in the USA on Specialty #428 in April 1952; the above British reissue, although very similar, is not the exact same version that was first released.

The biggest selling Rhythm and Blues hit of 1952 the record spent seven weeks at number 1 on the R&B chart, spending six months over all on the charts. Using the melody of Champion Jack DuPree's Junkers Blues - also used by Fats Domino for his debut recording The Fat Man - Price's seminal recording Lawdy Miss Clawdy is one of those rare records that come along every once in a while and influence a generation.