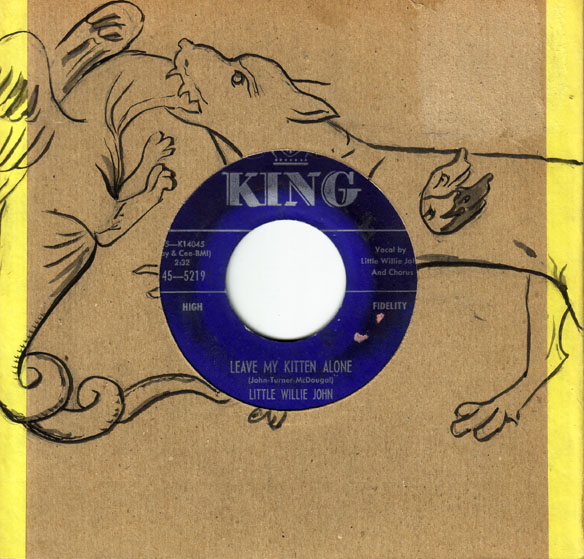 Little Willie John was in a class of his own, his singing was often varied but never dull, he could belt out a song like the 'shouters' of the previous generation, or sing Soulfully like the Soul singers of next generation; on Leave My Kitten Alone he combines both styles in what is a paradoxically assertive and yet somehow (given his quick temper) delicately tragic performance.

Written by John, James McDougal and Titus Turner, the song was able to make #60 on the Billboard Hot 100, and # 13 on the R&B charts. It was covered  later by The Beatles for their Beatles For Sale album but not released until 1995.