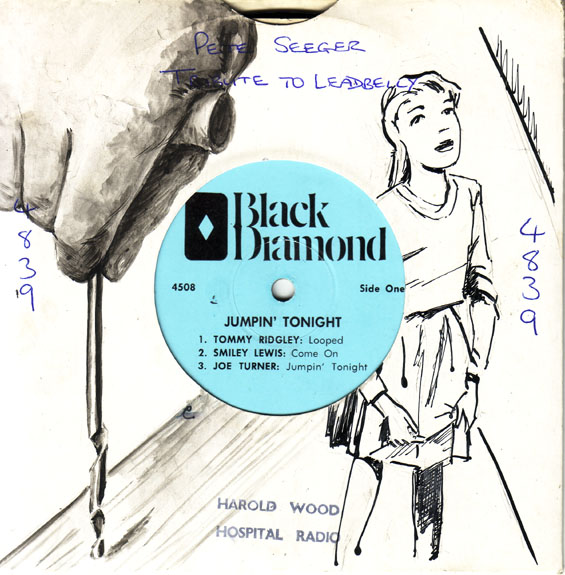 New Orleans pianist and singer, Tommy Ridgley first recorded for Imperial in 1949, then after recording for Decca and King he returned to Imperial in 1952 when he cut the above Looped, originally released on Imperial 5203. In 1953 he was recording for Atlantic, and it was his Jam Up on volume 2 The Golden Years of Atlantic's History Of Rhythm & Blues that was the first of his recordings to get a British release. The above EP is a six track compilation from the late 1960s that plays at 33 RPM, all tracks on side one are Imperial recordings, on the next side is: Al Johnson Lena; Snooks Eaglin Don't Slam That Door; and Archibald Ballin' With Archie; all Imperial sides except Al Johnson, which is Ric.