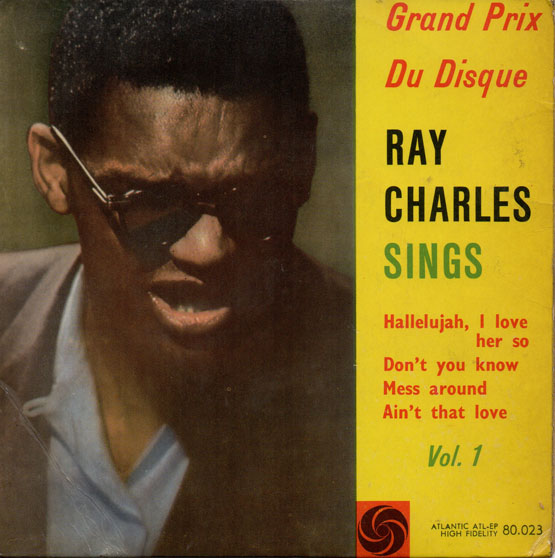 Mess Around was first recorded with Ray Charles vocal and piano, NYC, May 10, 1953, for the Atlantic LP 8052 Ray Charles Sings The Blues, then again May 17, 1953 also in NYC, with: Jesse Drakes (trumpet) Sam Taylor (tenor saxophone) Dave McRae (baritone saxophone) Ray Charles (piano, vocals) Mickey Baker (guitar) Lloyd Trotman (bass) Connie Kay (drums) and released June 19, 1953, on Atlantic 999 backed with Funny But I Still Love You in the USA. Written by Ahmet Ertegun and riffing on Pine Top Smith's Pine Top's Boogie Woogie from 1928, the driving Jump Blues Mess Around was Ray Charles third for Atlantic and his first hit for the label.

Mess Around was never released in the UK as either a 78 or 45 RPM single play or on an EP, in fact Ray Charles never had a record issued in Great Britain until 1958! The above is a Swedish EP, with a great Lee Friedlander photograph on the cover.