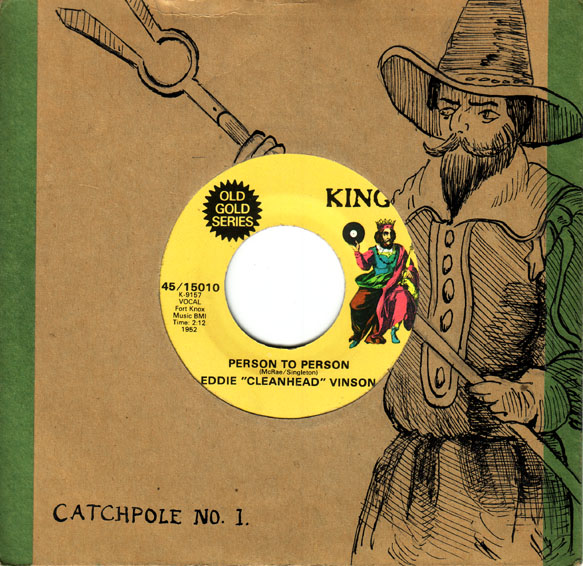 Nick-named 'Cleanhead' after a disastrous attempt to straighten his hair turned him bald, Person To Person was Eddie 'Cleanhead' Vinson's second solo release for King. Originally issued on King 4582 with the equally good, though more up tempo, Lonesome Train, and reissued in 1970 on King 6305 backed with Cherry Red which is also the flip of this 1980s reissue.