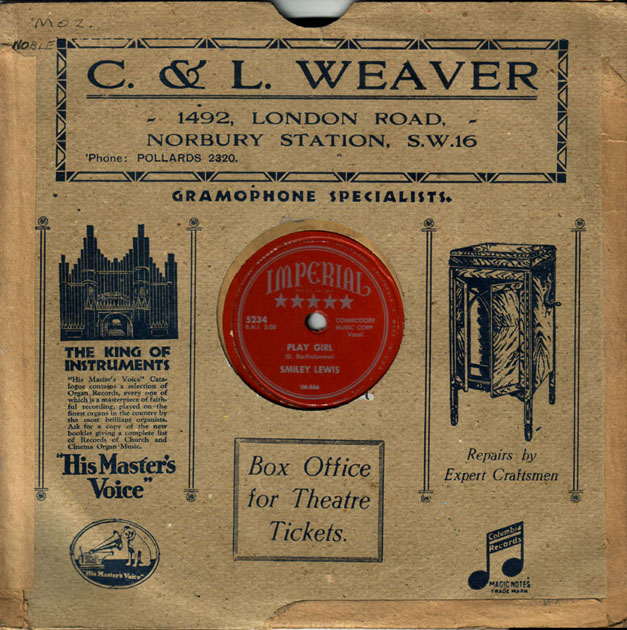 Playgirl is based loosely on Big Mama Thorton's Hound Dog  but with a more up-tempo beat, released shortly after Hound Dog the tune and the lyrics of Playgirl are clearly a take off; just listen to Smily's opening line! "You ain't nothing but a (Hound Dog) playgirl".

Both sides of this record are 22 caret gold hard driving New Orleans style R&B. It was this side, written by Dave Bartholomew - who wrote many of Smiley Lewis songs - that not only was a hit in New Orleans but sold big in northern states which helped establish Smiley Lewis outside of New Orleans and California.