Released in June 1953 this rockin' cut, penned by the man himself, reached the number three slot on the R&B, staying on the charts for fourteen weeks. Although this was Fats Domino's sixteenth Imperial 45 it was never released in the UK on a single format, in fact it wasn't until the following year that the British record buying public would even get to hear of Antoine 'Fats' Domino.

Like many of the bigger 'independents' Imperial started reissuing their own material during the first big 'oldies' boom in the early 1960s, as can be seen by the gold print pressing (below) of Please Don't Leave Me in their Golden Series which ran to some 68 releases, the first five of which were all Fats Domino records. 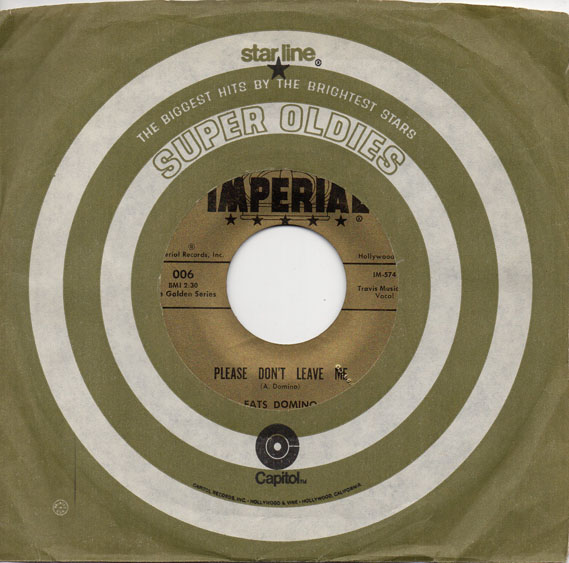