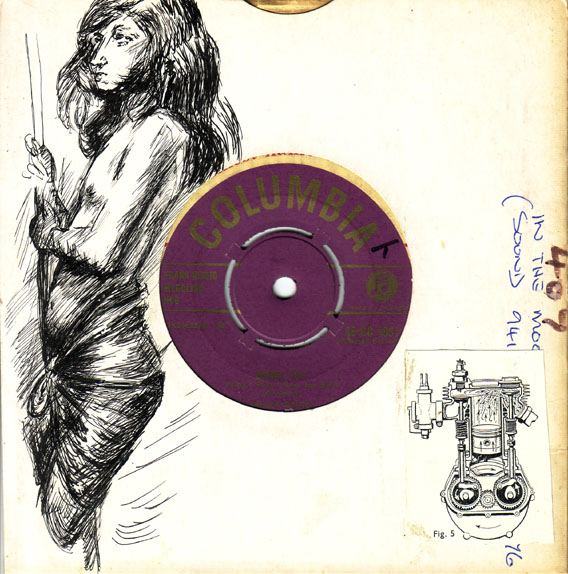 Critical Art Ensemble (CAE), on their cd Child As Audience, point out, among other things, how, in schools, children have their lives stolen while having to endure unbelievable periods of boredom and by breaking their desires, filling them with guilt and processing them into micro consumers schools prepare them for a life of drudgery. CAE articulate what many children know by instinct, so it is no wonder that many young people from working class backgrounds couldn't help forming a life-long dislike of those who would wield power over their lives.

School Day aka (Ring! Ring! Goes the Bell) was originally released in March 1957 in the USA on Chess 1683 (see below) it was released on Columbia in June 1957 seen here with the earlier 'push out' center and was his only release on that imprint.