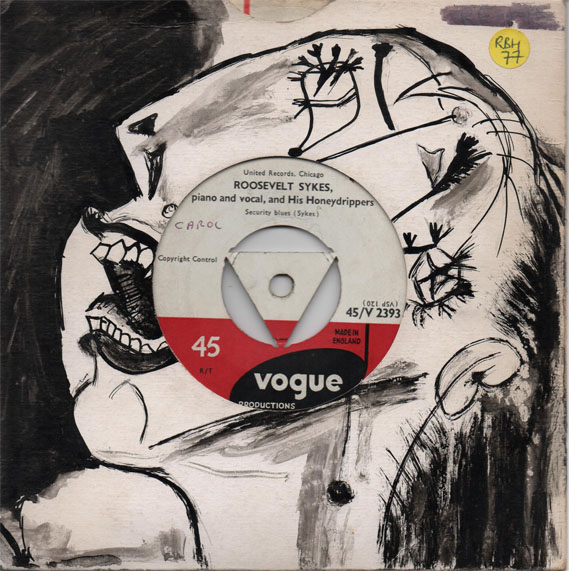 Written and recorded by Roosevelt Sykes and released in the US on United 129 in October 1952 backed with Walking The Boogie.

Roosevelt Sykes a.k.a. 'The Honeydripper', first recorded in 1929 with Boot That Thing for OKeh, he recorded steadily throughout the 1930s and forties, in 1950 he is credited for the first time as Roosevelt (Honydripper) Sykes on Regal 3269 Rock It. Recorded August 21, 1952 in Chicago, IL; Roosevelt Sykes, voc, p; John "Schoolboy" Porter, g; Ransom Knowling, b; Jump Jackson, dr;  Security Blues was his third for United.

RETURN TO THE MEN WITH R&B