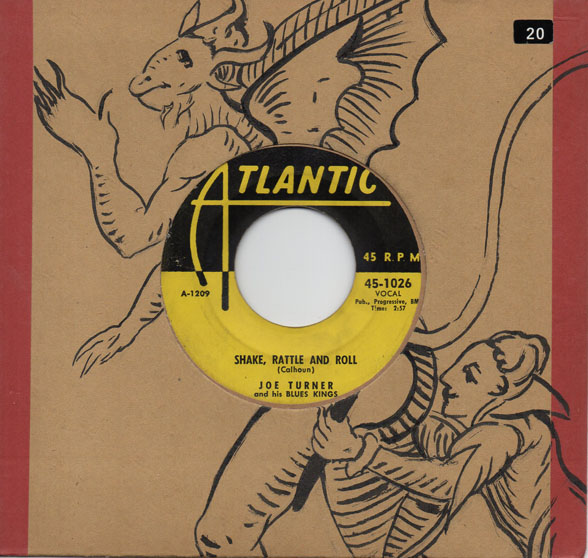 Shake Rattle And Roll is one of those songs that become emblematic of a genre, and although Joe Turner's original cut, with the more relevant lyrics, made it to the number one position on the R&B charts it was eclipsed in media promotion by Bill Haley's sanitized cover version.

This actual record once belonged to Blanche Mc Donough who cared about it enough to stake her claim on it, and it's possible that she took this record to parties and Shaked, Rattled and Rolled all night, to these R&B sounds provided by men and women of great consequence like Big Joe Turner

Shake Rattle And Roll  was released in the US on Atlantic 1026, in April 1954, and, unfortunately, never released in the UK, it was to be the Bill Haley cut or the Deep River Boys, version released by HMV in December 1954 (see below) only for music lovers in Great Britain. 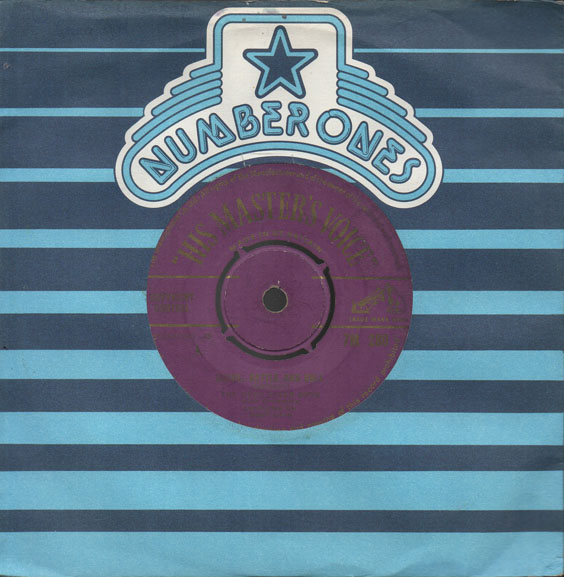