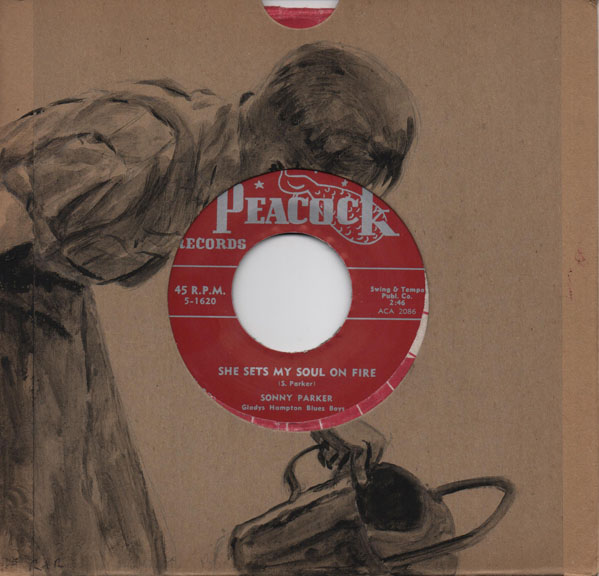 A terrific slice of hard Rockin' R&B with some dynamic music breaks supplied by (The) Gladys Hampton Blue Boys, seen on this replica reissue from America.

Sonny Parker was born Willis Parker in Youngstown, in 1926 and died New York 1957, he was raised by Butterbeans & Susie; he recorded for Columbia in 1948 and sang in Lionel Hampton's Band 1949-50 where he recorded the excellent Lavender Coffin. During 1949 to 1954 he recorded for a verity of labels including Aladdin, Spire, MGM, Peacock and Brunswick. In 1955 he suffered a brain hemorrhage while performing with Lionel Hampton's Band in France, from which he never recovered.