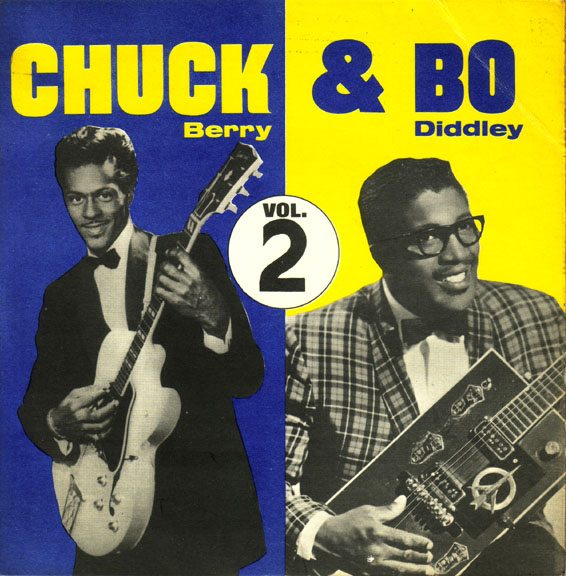 She's Fine, She's Mine an off beat Blues with maracas, clacking and a sweet harmonica, was released as the B side of Diddley Daddy, Bo's second record Checker (819), and was recorded with Billy Boy Arnold on harmonica. Like many of Bo Diddley's early recordings the song had a lot of influence on contemporary and future generations of popular musicians. Apart from the many strait copies, She's Fine, She's Mine was remade by Willie Cobbs in 1961 as You Don't Love Me ( Mojo 2186)  Louisiana Red as I Am Louisiana Red, and by The Megatons as Shimmy Shimmy Walk Dodge (808 / Checker1005). She's Fine, She's Mine was only released in the UK at 45RPM on this top EP along with Bo's 1958 recording of Bo Diddley Meets The Monster, and two hard to get early tracks by Chuck Berry You Can't Catch Me and No Money Down.