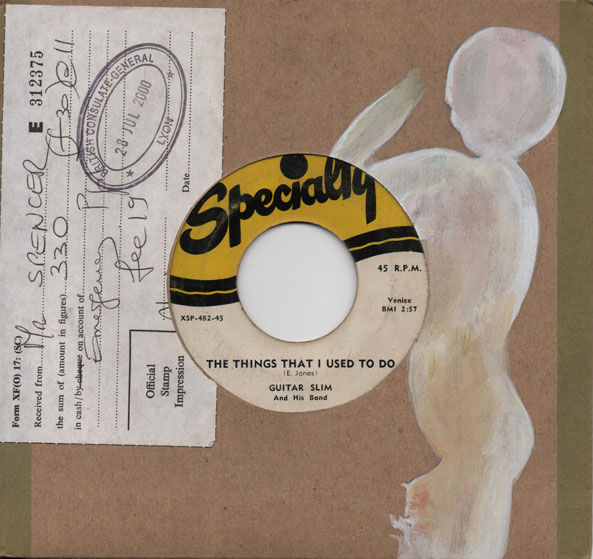 The Things That I Used To Do is a  real classic in every sense, the words are by Eddie Jones a.k.a. Guitar Slim, the arrangement is by Ray Charles, who also plays piano along with Lee Allen, Alvin Tyler, Frank Fields And Carl Palmer. Recorded in New Orleans and released December 1953, Reaching #1 on the Rhythm & Blues charts  the record was to be Guitar Slim's biggest hit, and has been covered on record by many R&B artists ever since, inc: Junior Parker; Chuck Berry; Earl Gains; Earl King; James Brown; Sister Rosetta Tharpe; Bobby Marchan; Little Johnny Taylor; Chuck Willis; Jimmy Dawkins; Bobby Rush; Sammy Myers; and Guitar Shorty.

N.B. The above copy of The Things That I Used To Do with the distinctive 'wavy line' is pressed on red vinyl.