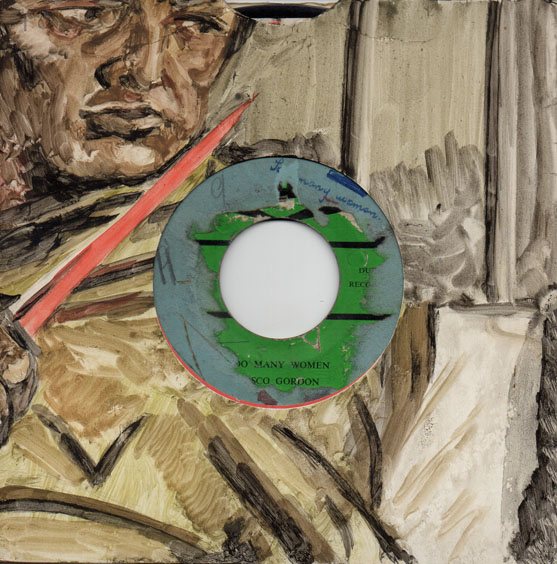 An excellent slice of raw Southern R&B Too Many Women played on the rhythm of his biggie No More Doggin, with  the tenor and baritone sax's blowing terrific solos. Recorded In Memphis, Tennessee  on 21 July 1952 and original released on Duke 109 in 1953, as by Rosco Gordon And The Beal Streeters, with Rosco Gordon, vocals; Richard Saunders, saxophone (baritone); Willie Wilkes, saxophone (tenor); Billy Love, piano and John Daley, drums.

This original Jamaican pressing had, at one time, been 'covered up' with a plain paper label to mask the identity of the recording, it would probably have belonged to a DJ and as a Jamaican issue already been an 'exclusive' on its original American imprint by one of the bigger sound system operators before being sold to smaller outfits in this form.