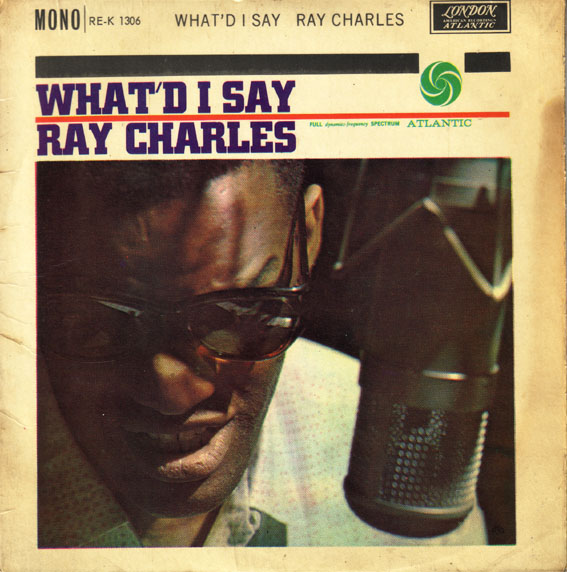 What'd I Say was released in the UK as a single, it was his second British release, but it was split into two parts, whereas on this EP it takes up one side and can be heard in its entirety without the break. The song has in it the classical 'call and response' taken from Gospel music which was to become important in the make-up of Soul music during the following decade. Another important aspect of this record is the powerful cover photo brutally cropped, full of atmosphere and emotion, giving us, what we believe to be, a accurate representation of an artist in the act of creation. It is, of course, by the American artist Lee Friedlander one of the most influential photographers of his generation who was, in the late 1950s, photographing Jazz musicians partly as a way of making a living.