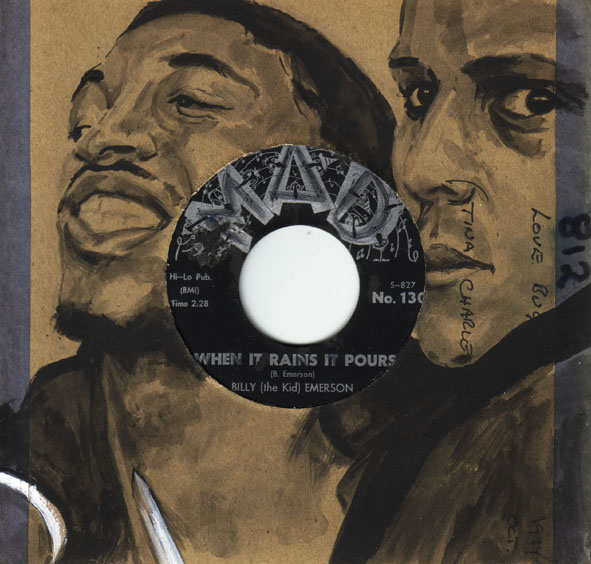 Written by Billy Emerson When It Rains It Pours was first recorded for Sun # 214, this version was the last record to be released on Thomas 'Mad Man' Jones Chicago based Mad label. The Mad imprint only ran for one year issuing some twenty odd releases, some of which were by none other than 'Mad Man' Jones and his Band. Keyboardist William R. Emerson was born in Tarpon Springs Florida (he later named his own label Tarpon on which Denese La Salle released her debut recording) and began playing piano around his home town in the late 1940s where, after being dressed up as a cowboy by a club owner, he acquired his nick name. It was Ike Turner who set Billy Emerson on his recording career, first by playing in his Kings Of Rhythm band, then with a recording deal at Sun records where he released his debut record No Teasing Around on Sun 195 in 1954.