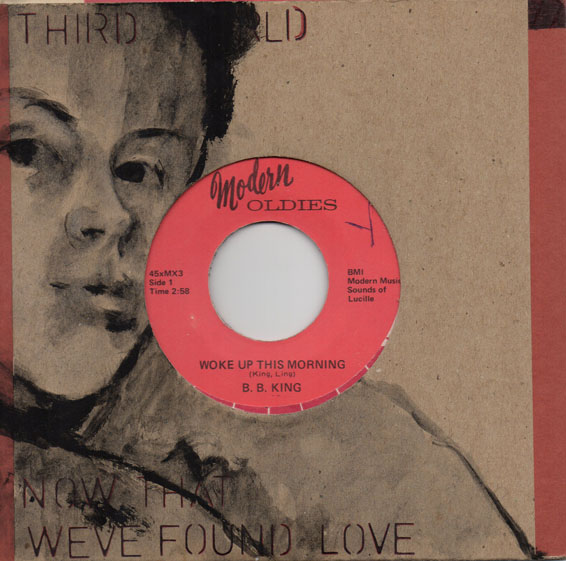 Originally released as Woke Up This Morning (My Baby She Was Gone) / Don't Have To Cry by B. B. King and His Orchestra on RPM 380 in the USA. This Modern Oldies reissue which dates from the late 1960s and was the third in the series of some 56 releases, it is backed with a 1961 B side originally released on Kent, Bad Case Of Love.

Woke Up This Morning begins as a Latin infused combo cut then dramatically shifts into a full on Big Band R&B number with a scorching saxophone break, then switches back Latin stylee, then back again; a great early B. B. King record.