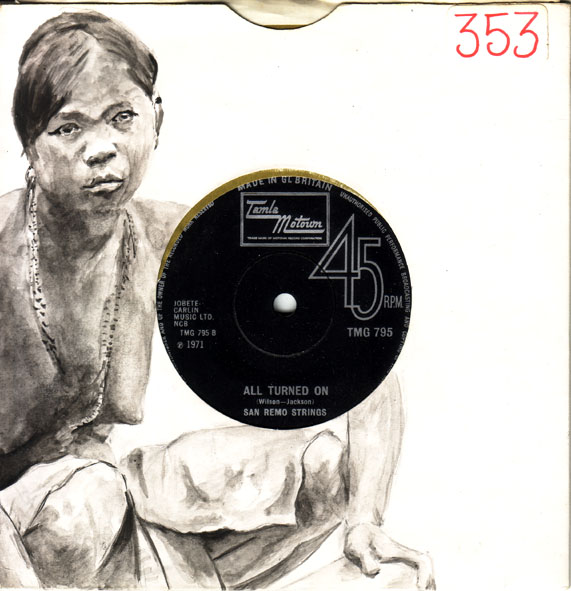 Originally released on Ric-Tic 104 as the B side to Hungry For Love by The San Remo Golden Strings, it was issued in 1971 on Tamla Motown in the UK as the B side to Festival Time which was released on Ric-Tic 112 in 1966. The Motown corporation bought Ric-Tic, Golden World and Wingate in 1968, ironically, for Motown, the recordings that they acquired from Ric-Tic by The San Remo Golden Strings were, for the most part, by their own house band The Funk Brothers who had been doing a bit of moonlighting.