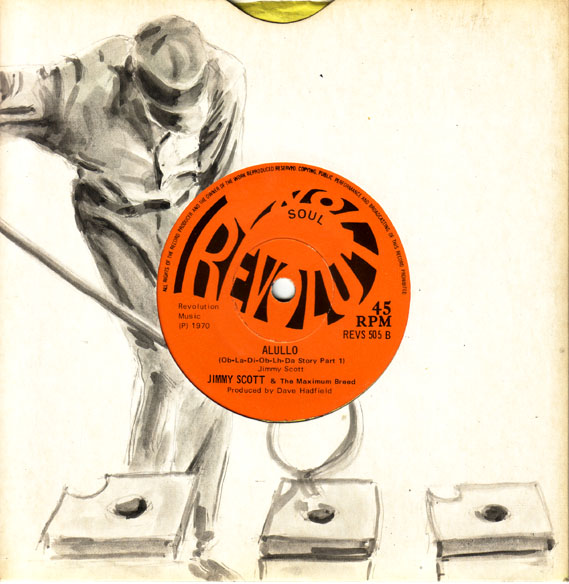 First released on the 'Rock Steady' Revolution imprint # 002 in 1968, Alullo / Doh was reissued on the 'Soul' Revolution label in 1970. Alullo (Ob-La-Di-Ob-La-Da Story Part 1)  is a very good example of British made Jazz Funk; it's a hard driving electric organ led big band instrumental with a constant bongo accompaniment that opens into an extended bongo 'break' halfway through this six minute and thirty second track. As to the songs title and sub title, Alullo I guess could just be "hello" said working class London style, but the Ob-La-Di that must be some kind of in-joke or cipher as it bears no resemblance what-so-ever to the Beatles track of the same name found on their 'White' album.