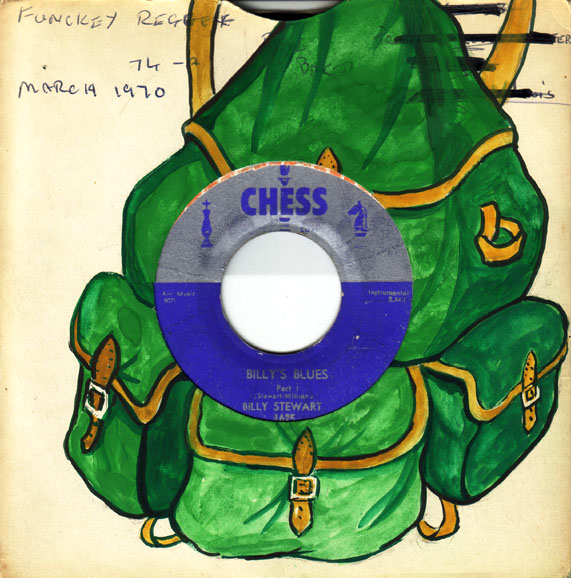 Billy Stewart's first release recorded at a time when as a young musician/singer he was fired-up and bursting with creative energy and thoughts, hungry to get his musical expression heard, added to this was the creative energy and talents of Bo Diddley on guitar - who was also in the midst of his initial creative burst - and Jerome Green playing maracas. This dynamic mix was also recording at what was one of the most happening recording outfits in the country, just had to come up with something original. Normally records in two parts like this have the vocal side followed by the instrumental, on Billy's Blues, the instrumental precedes the vocal, although the vocals aren't that straightforward as Billy Stewart moves from singing to using his vocal to make the sounds of musical instruments yet to be invented. What is interesting about this style of vocalizing, something like the Scat singing of the 1930s and 40s heard on Jazz records, is that it, more than Scat, it seems to be the inspiration for the sounds made by Prince Buster et. al, during the Ska period in Jamaica.