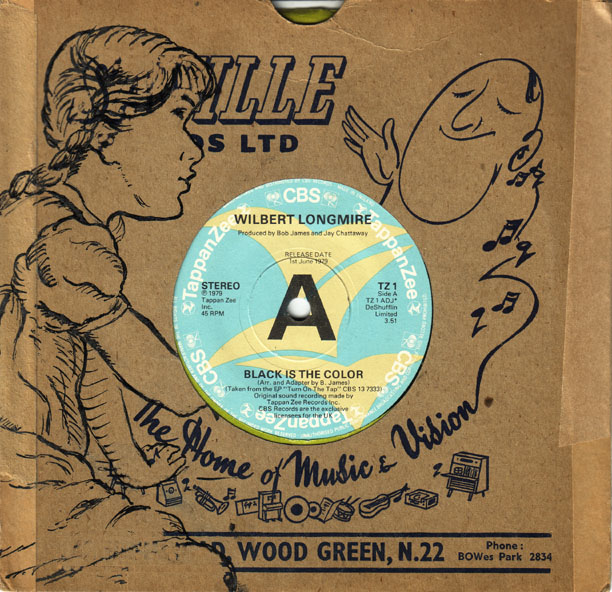 Who said Disco had no class (probably nobody said it at all, but it makes for a dramatic opening) Cincinnati born Jazz guitarist Wibert Longmire played Classical violin before he took up the guitar, after which  he played guitar on many records but first recorded as a leader in 1968 with Electric Connections. Black Is The Colour is not dissimilar to Isaac Hayes' hit Disco Connection from the previous year.