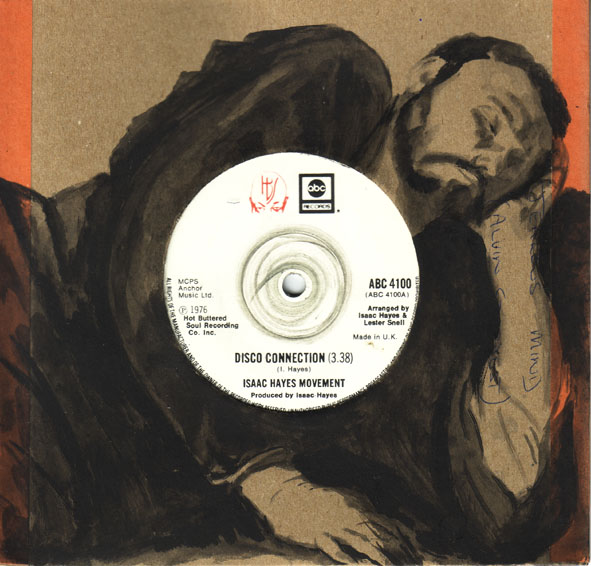 Although this record, when compared to records from previous eras, seems just like soulless electronic repartition, it none the less has a hypnotic power who's Soul can be found in its meticulous arrangement, production and sounds, it's just a matter of 'switching ears' to appreciate it. To a new generation in the 1970s this music was alive and forward looking, it took them to another place, it projected them into what would be come their world. Electronic sounds in Pop music were by no means new, after all the electric organ and guitar were just that, but even electronic sounds that weren't played on traditional instruments, didn't imitate or blend in with more traditional musical sounds were recognised as music as early as the 1920s by many avant-garde composers, but by the time Isaac Hays composed this little ditty those musical sounds and structures had fully entered the main stream of Pop music. Of course looking back now the sounds in this record seem positively traditional compared to today's use of electronics in music, which if nothing else shows that Isaac Hays was at least forward-looking, if not slightly ahead of his time.