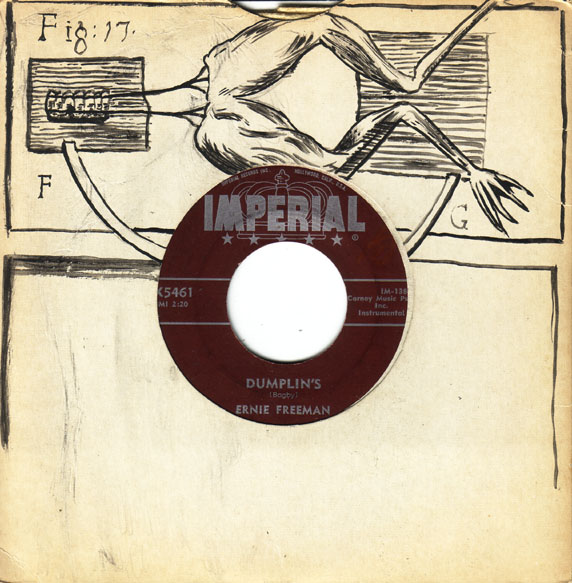 Ernie Freeman was Born 16 August 1922, Cleveland, Ohio and died 15 May 1981, Beverly Hills, California. For some time he scraped by free-lancing in and around show bushiness as a R&B and Rock 'n' Roll pianist on a variety of major and minor label recordings, all without credit. After a  group of studio musicians, B. Bumble and the Stingers had a minor hit with their upbeat version of  Flight of the Bumblebee, renamed B. Bumble Boogie, Freeman was brought in to raise the quality of musicianship, and he played lead for most of the 'groups' other releases. Freeman also had a hit on the R&B charts in 1955 with his Jivin' 'O' Round. His big break came when hired to work with Jimmy Haskell as A&R at Imperial Records, while there Freeman arranged, conducted, and played on many Imperial releases, and it's rumoured that he sat in for Fats Domino on some of the singles Imperial rushed to market during Fats' heyday.