When it was originally issued in October 1951 on King 4475 Flamingo reached number one on the Billboard R&B charts. It was first issued in GB on Parlophone EP Earl Bostic and His Orchestra in 1954, then again on Vouge EP with the same title Earl Bostic and His Orchestra  in November 1954, and as a 45 in 1956 on Vogue 2145 (see below) with a different B side, Sleep from July 1951.  The above is German issue from around the same time, also with a different B side to either the original American release or the British one.

Eugene Earl Bostic was born 1913 in Tulsa, and moved to New York in 1938, where he cut his debut recording with Lionel Hampton in 1939. Not long after his first big hit, Temptation on Gotham, he signed for King. He died in 1965. 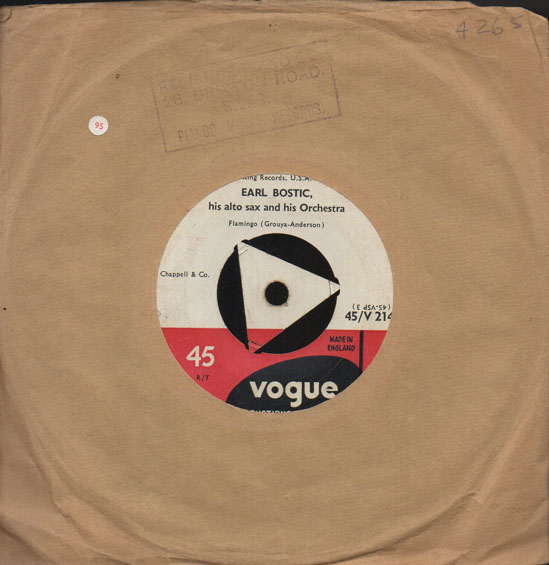