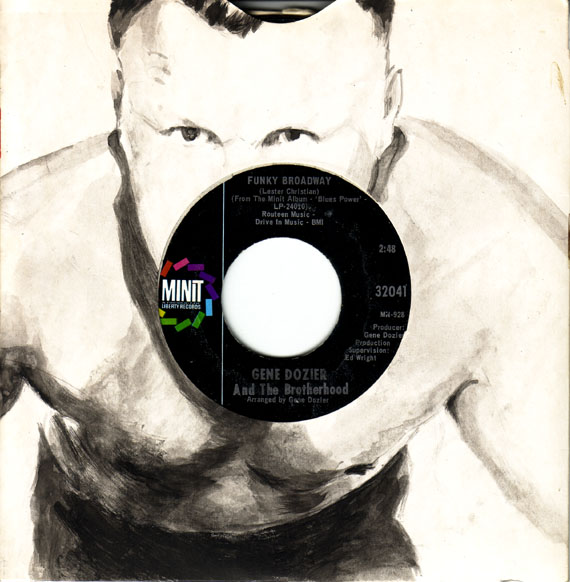 Not as well known as his minor hit Hunk Of Funk this heavy cut, with it's Latinesque brake, bears little resemblance to Wilson Pickett's song of the same name. Gene Dozier had been working as arranger and producer at Golden World before relocating to L.A. to Minit Records where he had three singles released, Funky Broadway was the last of the three.