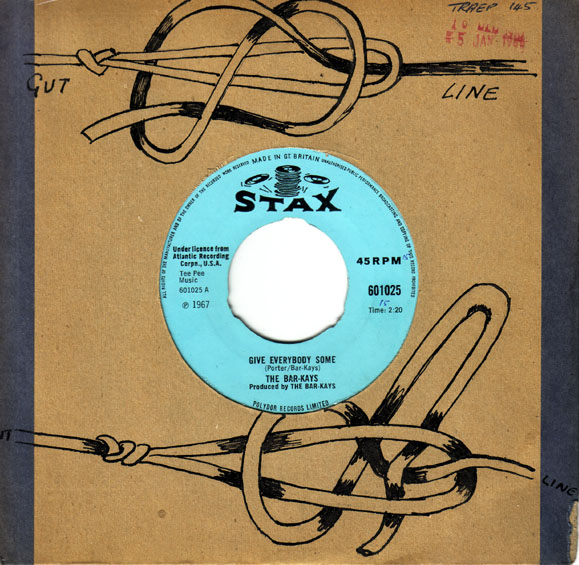 Released in the US on Volt 154, Give Everybody Some was second of fourteen for the label, and the second of only two records released by the group before four of the original six members died in the plane crash taking Otis Redding to a gig in Wisconsin. Named after The Mar-Keys the bigger house band at Stax / Volt, the group: Jimmy King, Ronnie Caldwell, Phalon Jones, Carl Cunningham, Ben Cauley and James Alexandra,  became Otis Redding's backing band on his many live appearances. The two surviving members of the original band, Ben Cauley and James Alexandra, went on to reform the group and continued to have records on the charts well into the 1980s.