Jimmy Castor had started out as a Doo Wop singer in New York during the mid 1950s with his group Jimmy Castor and the Juniors, he latter replaced Frankie Lymon in the Teenagers. By 1967, although he had been away from recording for some years, he had learnt to play the saxophone and with his new group the Jimmy Castor Bunch scored a minor Soul hit with the above Hey, Leroy, Your Mama's Callin' You only to disappear from the music business again for several more years until he emerged as a top Funkster. 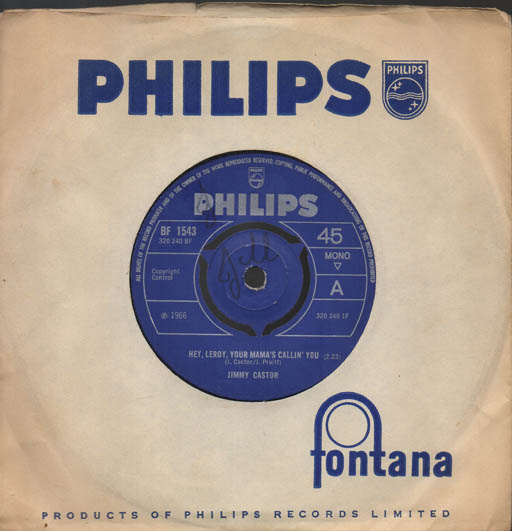