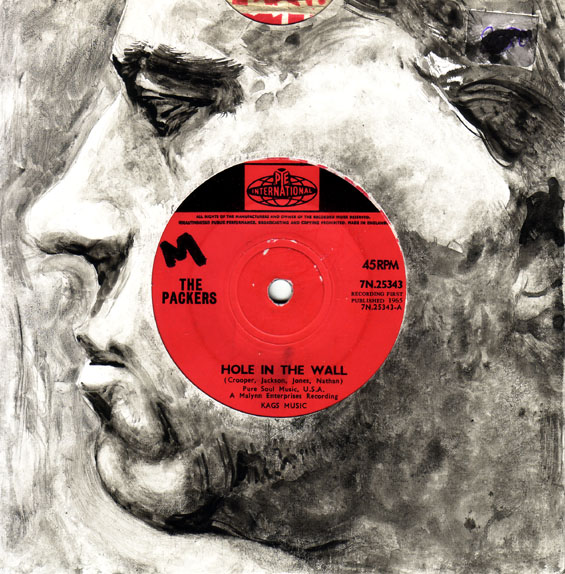 It's hard to convey how hip and essential records like Hole In The Wall were to those who were its contemporaries in Great Britain; and while the record was never a 'hit' in commercial terms it was however a well known and much liked tune when played in dances; hence the two later reissues (see below). Hearing it played in the small, often cramped, night clubs that were beginning to be known as Discothèques and owning and playing it at home when away from these temples of hedonism was a unique and rarified pleasure. Of course there was also the less defined and unarticulated aspect of pleasure and knowledge that the ownership of such records gave, pleasures which were found in aspects of design and within the  information carried on the labels; like the fact that on the above release it stated that this was a Pure Soul recording in the US (Pure Soul being the original American label). Struggling, as the young collector was in the 1960s, with little or no information on either the Soul artists or their labels, the novice Soul fan was left to his or her own imagination as to who The Packers were, what other records they might have cut and on what labels; and what did the Pure Soul label look like, where was it from and what other tasty recordings were to be had on Pure Soul. Now of course most of this mystery and exoticism has gone from the recordings, as not only is there a wealth of information on the artists, the songs and the labels at the fingertips of the fan, but, with the advent of the mp3, many of the most obscure recordings can be heard, at least in part, just for the wanting. Still some of these recordings, like Hole In The Wall are still managing to retain some of their mystery after all these years. Before the two reissues were released in the UK there were other versions to be had, like George Stone's looser more Jazzy version released on Stateside (see below) in the UK in January 1966, and Musicor in the US, and a slightly different recording by The Hideaways, renamed Hide Out; released in the US on Mirwood and Jay Boy in the UK (see below). 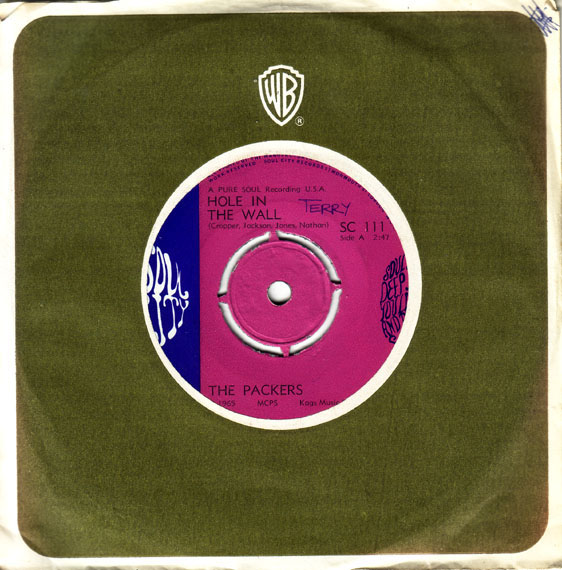 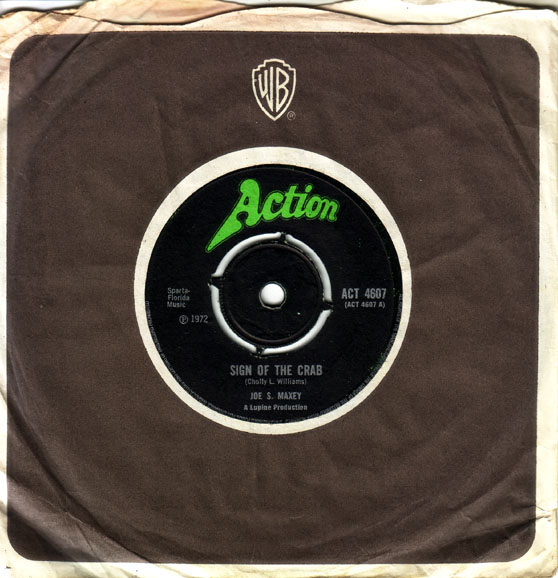 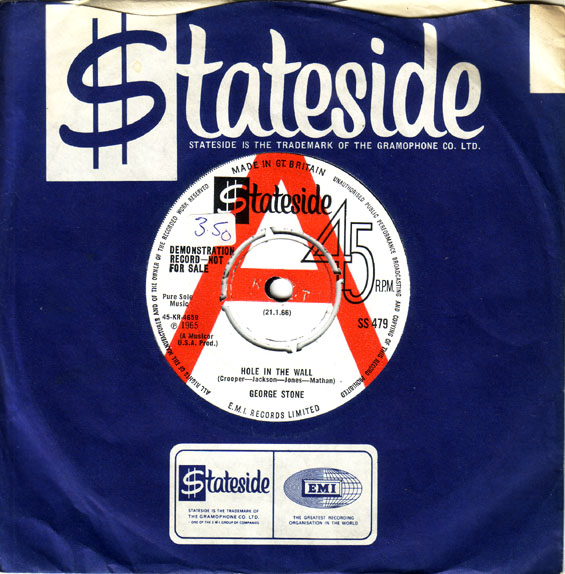